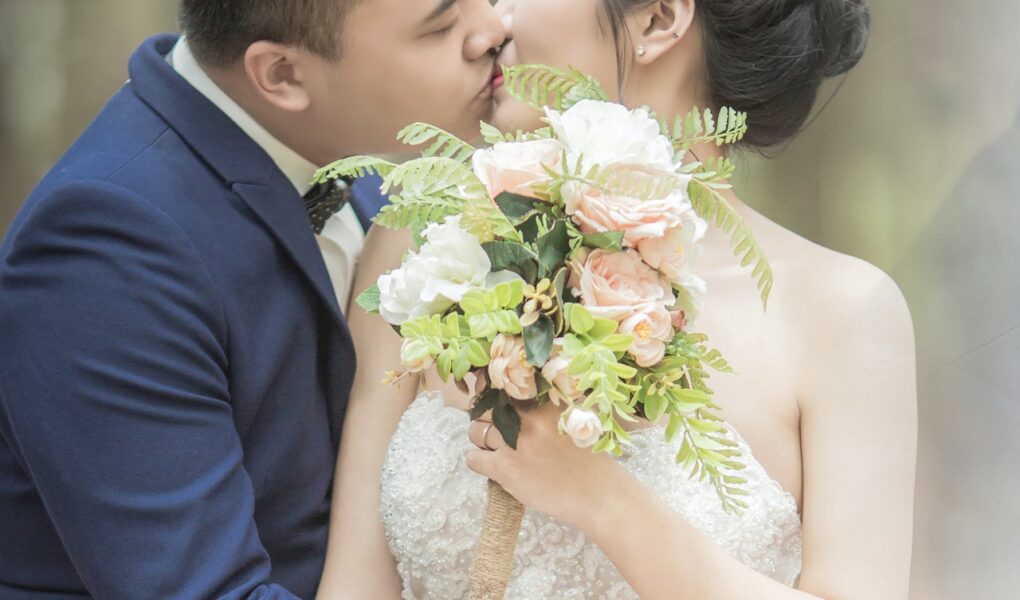 A wedding in the US takes place in a day. The official wedding ceremony lasts between thirty minutes to one hour. Which will depend on the religious or cultural tradition that will take place. The reception lasts for four to five hours, depending on how festive it is.

These two estimates do not include photo sessions, cocktails, and guests flocking with one another for some time. This typically happens before and after the church ceremony.

Other festivities connected to, but not done on the same day as the wedding are: engagement parties, bridal showers, stag parties, and rehearsal dinners. These are all optional and do not and should not decrease the solemnity or memorability of the wedding day if opted out of.

Who usually pays for the wedding in today’s urban America?

In today’s America, it is usually a combination of parents of the bride and groom, and the wedding couple themselves.

Ideally, if the couple has been working for a while, they should pay for the wedding themselves. There is a lot of disagreement in families about who should pay for how much. Things are likely to get pretty unpleasant if the bride wants a luxurious wedding.

Here is what should happen: each set of parents gives the couple an amount that the parents decide they can afford to use however they want. The bride and groom pay for the rest. They can still have whatever wedding they want, but no one has to go into debt for it.

It seems like this will provide clear expectations. No one has to spend money that they don’t want to or can’t afford.

How are weddings held in America?

After the potential couple decides to get engaged, the couple begins to figure out the logistics of the actual wedding itself. The groom may or may not get permission/blessing from the bride’s parent(s), it’s not a mandatory thing, but it’s a nice thing to do.

At a minimum, the couple has to go to the town hall and file paperwork. They can get married by a licensed representative of the State. At the other end, the couple and their families plan a big celebration. That includes the wedding ceremony itself conducted by an agent of the State in a location of their choice (could be a church or religious building). Afterwards, throws a big party.

As with any gala, the bigger the party, the more complicated the planning is.

Click here to get your FREE Wedding Planner Checklist.

The time delay between engagement and the actual wedding is typically around a year, but anything from 2 months to 2 years is still okay as well.

Most weddings in the US are religious ceremony. For the most part Christian. So two people come together at a church with their families; a religious leader stands up with them at the front of the church and guides them through a series of vows or promises that they will stay together.

Legally, two people can go to a county building and sign a legal document. Some people do that. And some people arrange for other types of marriage since the only legal requirement is a signed contract.

Everything will depend upon the place, religion, and culture in which the wedding is being held—especially what will you wear.

If the wedding is beyond 5:00 PM, the wedding is usually formal, otherwise stated. If it’s an outdoor wedding, it is fine to wear semi-formal clothing.

Most of the time, after the ceremony, there will be a reception line, through which you will pass and provide your good wishes to the bride and groom.

It is an opportunity to take photos. There may be a formal introduction to all the guests of the wedding party and key players.

Sometimes there is a dance where anyone wishing to dance with the bride or groom pays a dollar. It’s a way to gather a little extra gift cash for the couple.

There may be live music, a DJ, recorded music, or no music. With no music, of course, the dancing would not be a part of the reception.

There may be a full dinner, a buffet, snacks-only, and there could be alcohol.

How have American weddings changed over time?

In the past, weddings were a lot simpler. Weddings were often held at someone’s home. Rented venue these days are now more favored because as people move away from living in rural areas. Americans have more friends and also smaller homes.

Adult-only wedding receptions are pretty new. It seems like a new concept overall to have places where children are and aren’t allowed because women used to stay home and would take their kids almost everywhere with them.

Kids these days also do not behave as well as they did before. This probably contributes to people wanting to exclude them.

Couples are now hosting “destination weddings” where they expect their guests to travel to a particular destination and spend a week or so. People also don’t always just have weddings on Saturdays now.

People spend a whole lot more on weddings now than before. Additional expenses come from having to rent a place to have it, wedding gowns being bought instead of made or passed down, catering, and expensive extras.

This might be due to the Hollywoodization of weddings now. Some statistics have shown the more you spend on a wedding, the less likely you are to have it last.

People spend so much more money, and planning is more stressful. If you want to save money and don’t want to hire a wedding planner, you need to deal with everything.

If you’re planning to prepare your own wedding, you should have the ultimate checklist. Click here to download it for free.

An average American wedding usually takes about 6 hours from start to finish, depending on the program.

On the wedding day, in general, this will involve the guests and the bridal party, including the couple, the groomsmen, bridesmaids, best man, maid of honor, flower girl, and ring bearer. The officiant as well, who is a part of all wedding customs. A wedding reception will take place after the ceremony.

After the wedding, the bride and groom traditionally leave for their honeymoon. This could last for a few days or even weeks. This period is significant for the consummation of the marriage, and in most American wedding culture, the groom carries the bride over the threshold.

Who pays for a Filipino wedding?

Traditionally, it’s the groom and his family who pays for Filipino wedding. But times are changing, so you also see that sometimes the couple finance the wedding themselves or both families contribute.

The finance is often being discussed when the groom’s family meets the bride’s family during a process known as Pamamanhikan.

Modern Filipino weddings are usually financed by the couple themselves, especially if they have planned and prepared for the wedding for a long time. Although, traditionally, the family of the groom shoulders a larger portion of the wedding costs, it does not always follow in today’s practices.

However, it is still widely practiced in rural areas that families of both sides would help out in reducing the wedding expenses, especially when the couple is struggling financially.

Wedding Tradition in the Philippines

A wedding is one of the most significant events in the Philippines. In some rural places, it is like the entire barangay has a festival. The bride and the groom-to-be are supposed to plan ahead of the time. The couple usually helps each other to shoulder the wedding expenses. Depending on their economic status and how they like their dream wedding to be like, the couple helps each other to finance the nuptial expenditures. From the ceremony, the dress of the entourage, down to invitations, and reception. Usually, couples brainstorm first and often save money together before the big event.

Some relatives help by providing goods or services like a sack of rice, sponsoring the entourage outfits, decorating the reception, making invitations, paying a portion for the reception, or buying the wedding rings. Big or small help counts.

In some cases, the couple loan for money to have an extravagant wedding reception. It’s not practical to do it, but yet some couples were doing it because they believe getting married is one in a lifetime experience. Besides, it’s everybody’s dream to walk in the aisle to the altar.

While others prefer secret wedding, some take pride in having an elegant wedding celebration. It is forthcoming in the number of sponsors being invited, the size and location of the reception, the number of layers of cakes, the craftiness of the invitation and best of all the style of the bride’s gown.

There is a collection of Filipino wedding traditions, with a majority of them being drawn from the Catholic religion.

About eight in 10 Filipinos are Catholic, so most of the weddings in the Philippines are being held in a Catholic Church where many rites and readings take place. Each ritual shows the essential values of marriage and the union of the couple. This makes it the most fascinating and romantic part of a Filipino wedding.

American weddings have bridesmaids, groomsmen, flower girl and the ring bearer. In the Philippines, there are many more significant members at the wedding aside from what was mentioned in the American Weddings.

The number of sponsors can vary from a single couple to many couples.

The couple legally needs principal sponsors in the wedding since they will be the witness in their marriage and they need to sign the marriage contract. They will also be godparents to the couple.

Usually, the second sponsors are the groomsmen and bridesmaid. They are the one who is in charge of the coin, veil, cord and candles.

The Arras carried by the Coin Sponsors

The number thirteen might be unlucky most of the time, but not in the Catholic wedding. 13 pieces of Arras or coins are carried in a pouch or sometimes a fancy container, and it is usually brought to the altar by the coin sponsors. After being blessed by a priest, they are given or presented by the groom to the bride as a promise for the welfare of her and the future family.

The veil represents a wish for good health and protection of the couple. The ceremony involves the veil sponsors draping one side of the bride’s white veil over the bride’s head and the other side over the groom’s shoulder.

After the veil ceremony, the Yugal or infinity shaped cord is unified as a representation of the couple’s bond and union. The couple’s primary sponsors will place the Yugal on top of the veil as the couple receives their blessing.

Weddings are becoming a massive event in today’s society. All the festivities leading up to the wedding, to the day itself, is becoming a universal culture. Although there are differences between these two weddings, it all comes back to one thing, seeing two people in love come together as one.

Which do you prefer? American or Filipino Wedding? Comment down below. 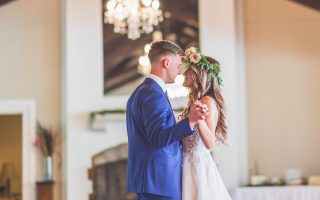 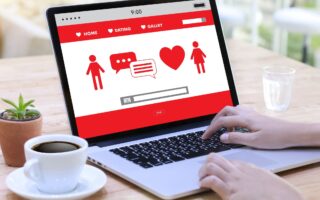 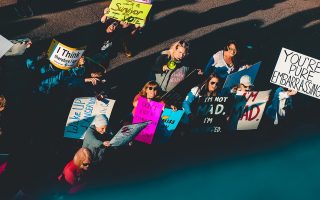